Trying to move back to a state of normal in Goma.

I’ve been wondering a lot about how to write this next post. Those who know me, also know that I don’t use this blog so much as a place to talk about work or serious things, but instead rather, to tell funny stories and share photos from random adventures, which has basically effectively meant that I’ve had nothing to really be able to write about for the last little while. However, I miss writing in a format that is beyond dry reports and paperwork-y whatnot, but I can’t seem to get around the topic (slightly elaborated on below) until I do.

So it is what it is; personal unofficial rule about to be broken. Bring on the serious stuff!

The international news have spent perhaps unsurprisingly little time covering the most recent events taking place in the corner of the world I currently call home, so I don’t have a very good handle on how much people with no connections to the DRC tend to know about what’s been going on, but it characterises pretty much 100% of my present waking moments (and more often than not, a lot of my sleeping ones). That is to say, even if much of the world is unaware (there are reports if you look), it is important to me, and to (obviously) all the many, many people that live and/or work here.

First of all, I haven’t been home to my tiny village in quite some time. I can’t even tell you how long now. Maybe a couple months already? Due to fighting and other insecurities in the region, perpetrated primarily by the many armed groups hoping to get a piece of Masisi in the name of long-standing ethnic conflicts, my original trip to Goma for a few meetings became a bit more of a semi-permanent arrangement.

And then fighting broke out in Goma, when the rebel military group known as M23 invaded and quickly took over the city, while the national army fled. I was evacuated into Rwanda, one among many other humanitarian workers. We spent a couple weeks barely sleeping, stressed out, trying to work, trading stories that pretty much constantly contradicted one another, and texting and calling colleagues, friends and family who stayed behind, all while listening to the shellings from not really so far away, and wondering what was really going on.

Most of the fighting was actually over quite quickly, but displaced people flooded into the city and surrounding areas/existing camps in desperate need of assistance and support. And still we waited while only a few others were left to act. It was frustrating, and not helped by our own seeming constant movement from place to place. As soon as we were allowed, we made it back into Goma. At first we only crossed the border during the day for work. A week later, it was deemed that the large risks had passed, and we moved back into bases. And thus, life continues in the way that life does, though the immediate nature of our work has predictably changed with the changing needs of the population.

Everyone’s exhausted now as the adrenaline has passed, but yet this mess of catastrophic proportions remains. Rules are stricter and there are little outlets to be had to blow off steam after working on the task at hand, so there it is- all work and no play… No one really knows what will happen in the next few days/weeks/months, even if things are currently fairly calm, and planning amidst a possible/probable (?) state of flux is never fun. Talks and negotiations are on-going though, and there is always a certain risk, but some sense of normalcy is trying its best to peek through the clouds.

I’m actually incredibly and completely sick of talking about all this, as after a month of conversations, there’s not really too much left to say. So this is my little mini update. There are news sources available if you want the details, so I don’t feel as though its necessary for me to elaborate further. I am hoping now that I’ve acknowledged the events at hand (we are fine, I am fine. We’re safe, and I’m helping coordinate our emergency health response), I can try to find something else to talk about once again. 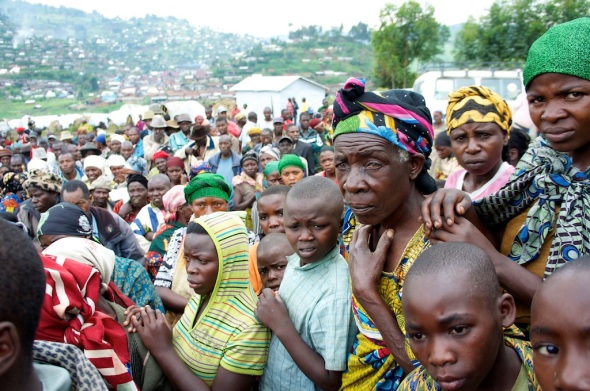 Nighttime noises »
« Across the world and back again: holiday adventures in north america- post 2

4 thoughts on “Trying to move back to a state of normal in Goma.”