Haiti: how is it possibly the end of May already?

I can’t actually believe it’s the end of May. I think that time in 2011 has somehow sped up, otherwise I may be the victim of some strange government experiment which involves me taking time-twisting drugs mixed with roofies so I forget all about it. I mean, it’s possible.

Either way, the end of May is upon us, and I have barely posted this month.

Mainly, this is due to the fact that I have to, you know, work. Like a lot. 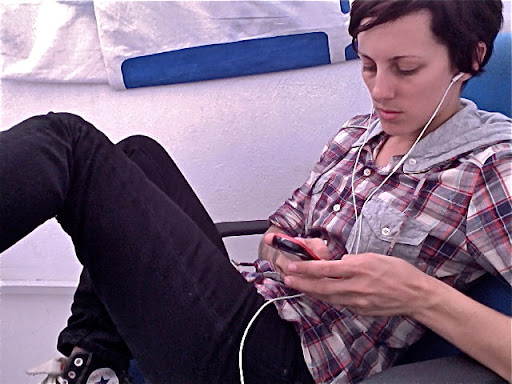 Actually, things have really been getting busy for us around here. The rainy season has been bringing cholera into the country with a swiftness, although after some shortish-term emergencies around here, things are more under control, even as it’s now exploding elsewhere. We are doing our best to be prepared for another explosion in this area.

In fact, it was in the middle of one of these spikes in cases in the department that I spent my best day in Haiti thus far. For any of you who know me, you also know that I like to work under pressure, and I love it best when things are in crazy, chaotic, emergency mode. It’s sort of like it’s the only time that I can calm down Monsieur ADHD and concentrate on one thing for more than 2 seconds. It’s actually sort of a relief for me.

Anyway… our team went into the mountains nearby(ish) to respond to the increasing cholera caseload with members of a couple Red Cross teams. So we arrived, and there were patients waiting to be transported, and there were no medical personnel to treat them. So in the meantime, there was a lot of not tolerating of SROs, vomiting, some unconsciousness, and even a seizure… So I got to treat patients! And by this I just mean I got to stick a good number of people with needles (i.e. give IVs)! It was awesome. I miss doing that. Like a lot. 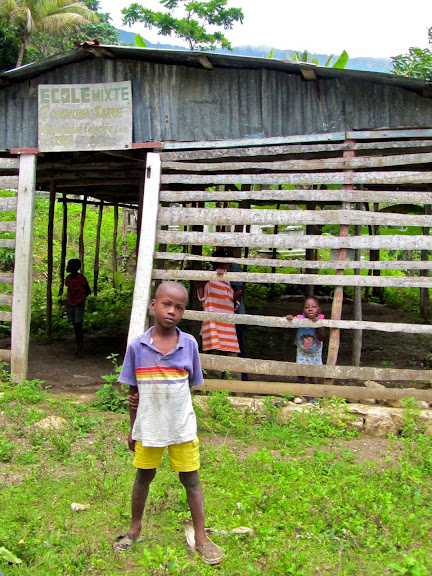 En route up the mountain. 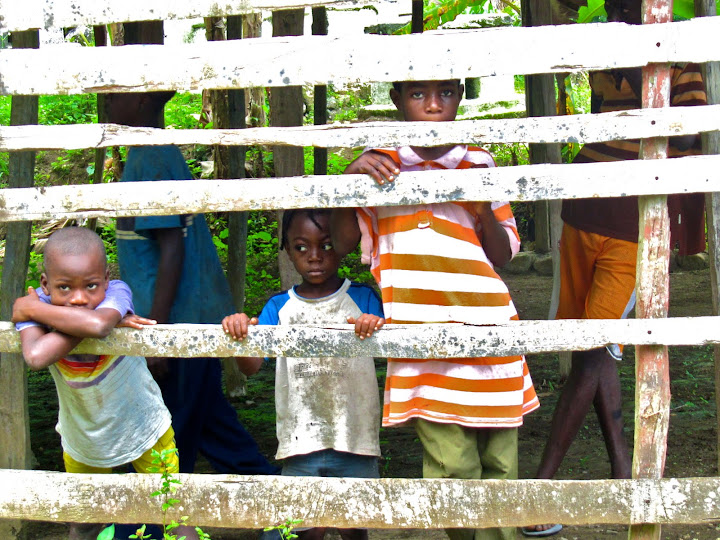 Still en route... And we may have been lost. 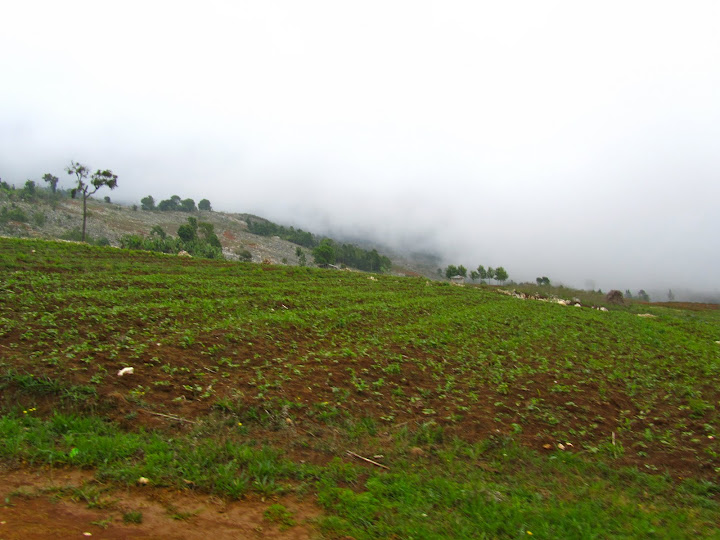 Heading up the mountain and into the mist 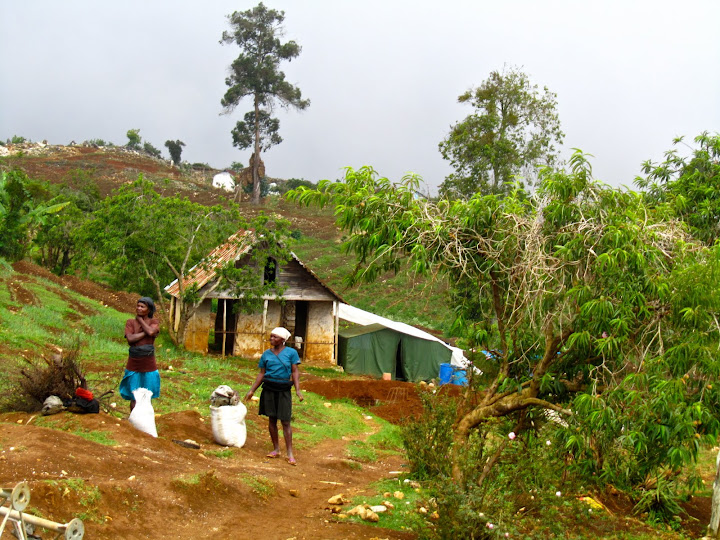 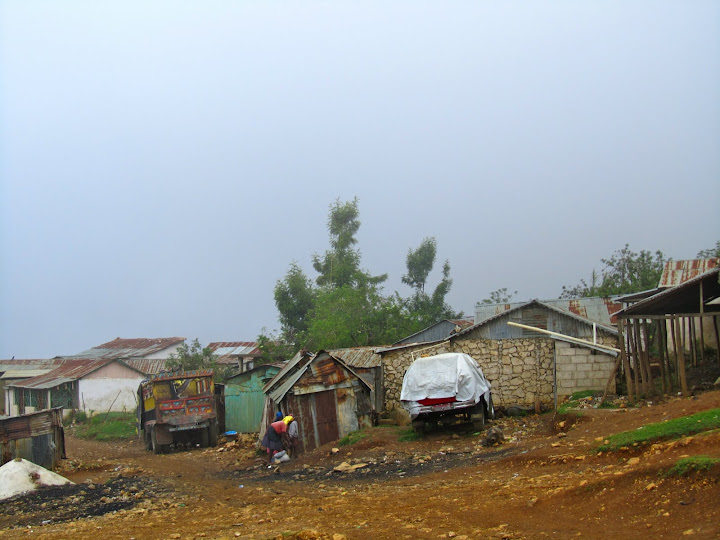 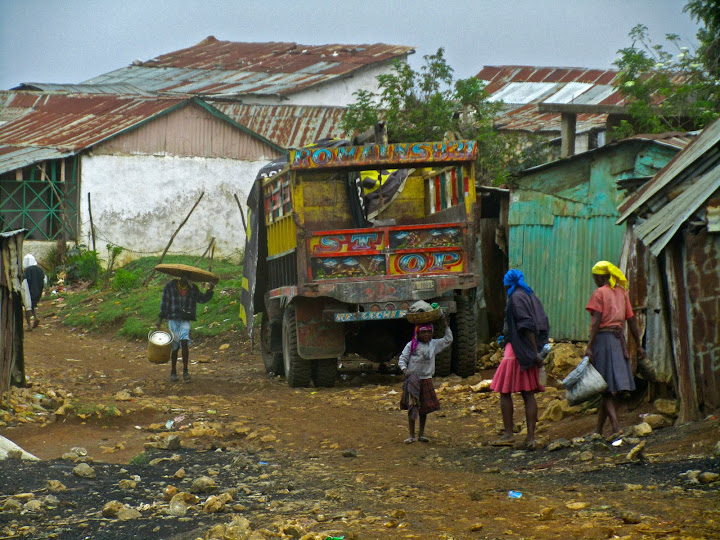 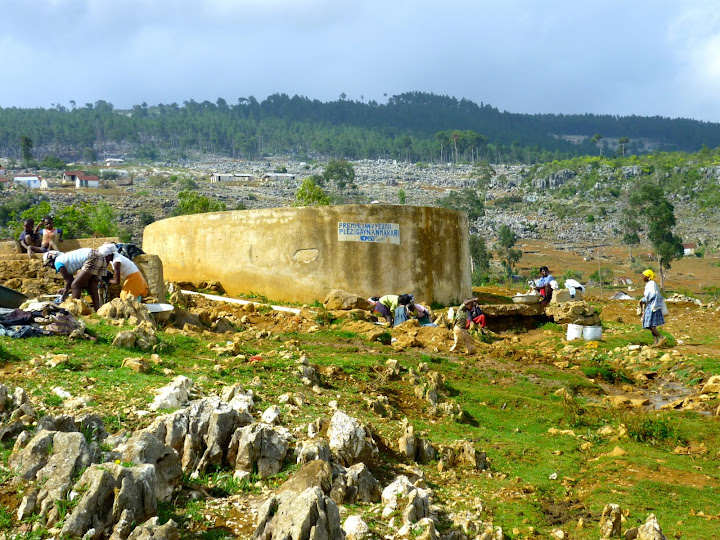 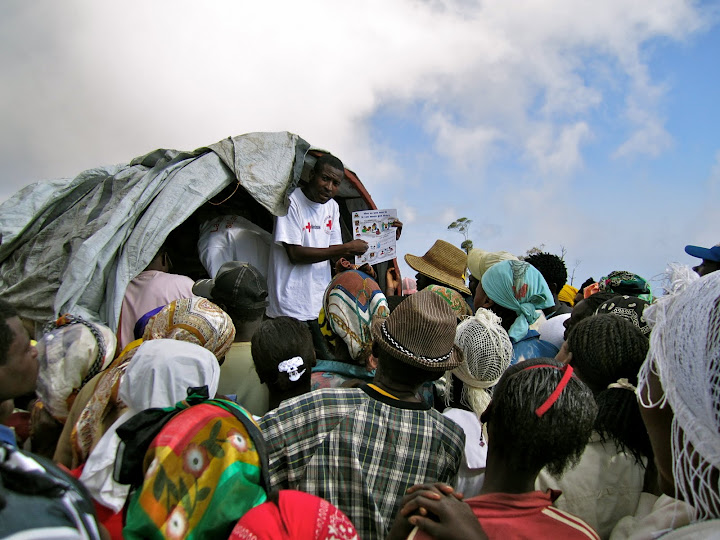 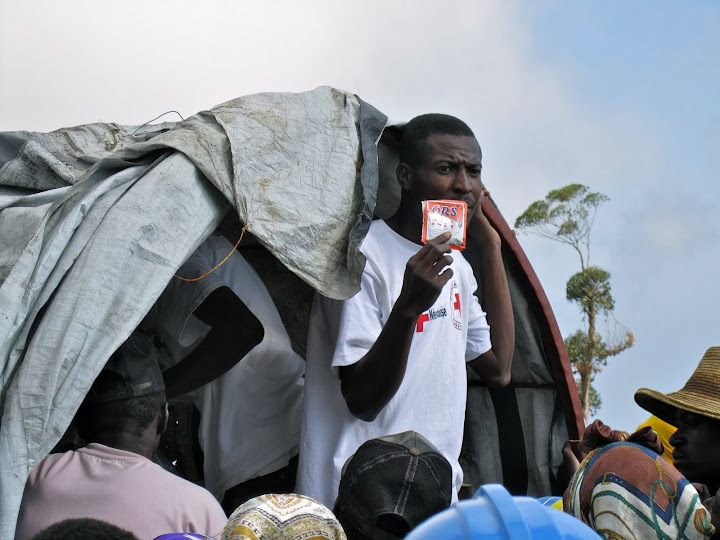 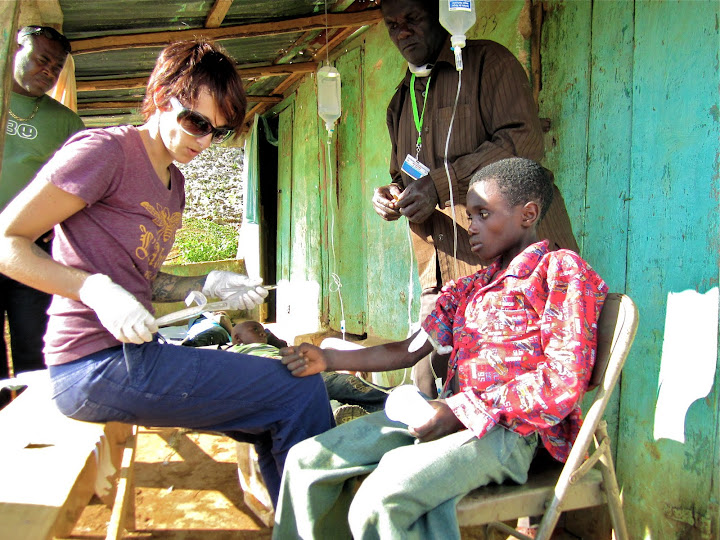 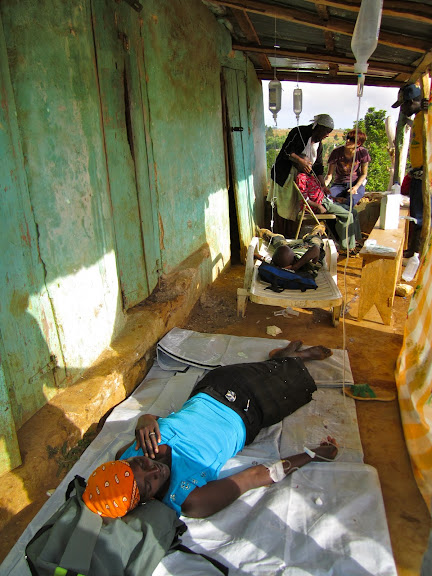 Checking on the patients

So then, at the end of the day, and on the way back down the mountain, we were stopped by a community with an extremely dehydrated, extremely ill cholera patient. I had just been happily going back over my day in my head, and thinking about how perfect it had been. When I saw the patient, my heart sort of dropped. We were in the middle of a large group of people, who were loudly talking and with great passion, and generally creating chaos. We carried the patient into the back of the tap tap we would transport him in. As I looked for a vein, I was worried. He was around 60, extremely dehydrated and frail, pretty unconscious, and lacking a distal pulse. Awesome. I thought there was a good chance he might die, and finding a vein with no light in the back of a truck as dusk was falling, while an entire community of people watched, commented, and pressed in on me, was a little intimidating. I’m not going to lie, I didn’t get it on the first try. Or the second. And maybe not even the third (which was quite demoralising after not missing a stick all day). It was stressful. But I found a vein in the end, and there was a lot of relief on my part. And my feeling of good dayness returned, even if I was slightly more exhausted. 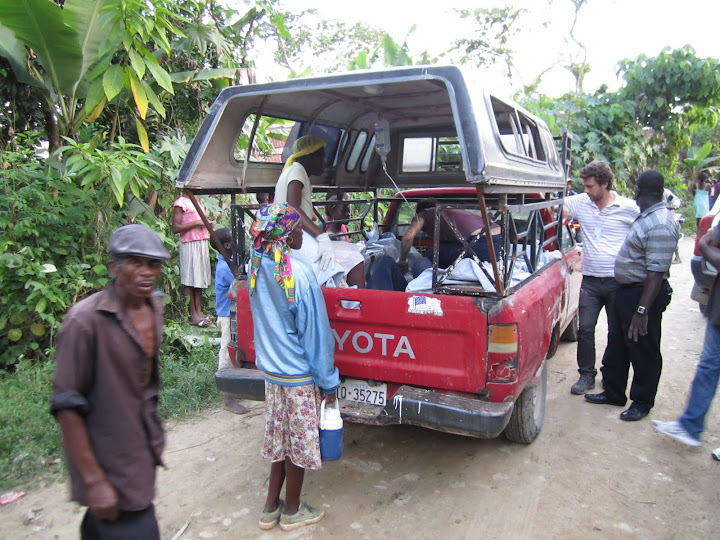 Finding a vein in the tap tap. At least the crowd had dispersed.

I totally want to do more of this. It was an amazing day.

Other than that, this month has been good to me in other ways. I have officially decided I love the town I live in, my contract was extended, we moved into a larger apartment (which, incidentally, also has the bonus of being maggot free! Big YAY there!), we/the entire apartment building has a cat that is mostly adorable and only sometimes annoying, I have a good group of friends/a social life, I’m spending a lot more of my days off at the beach, and I have actually gotten close to beating my housemate at scrabble (your day will come my friend. Your day will come). 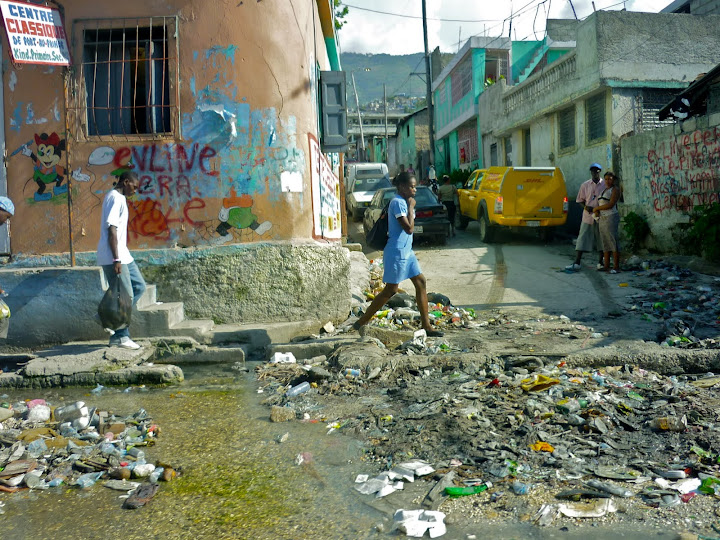 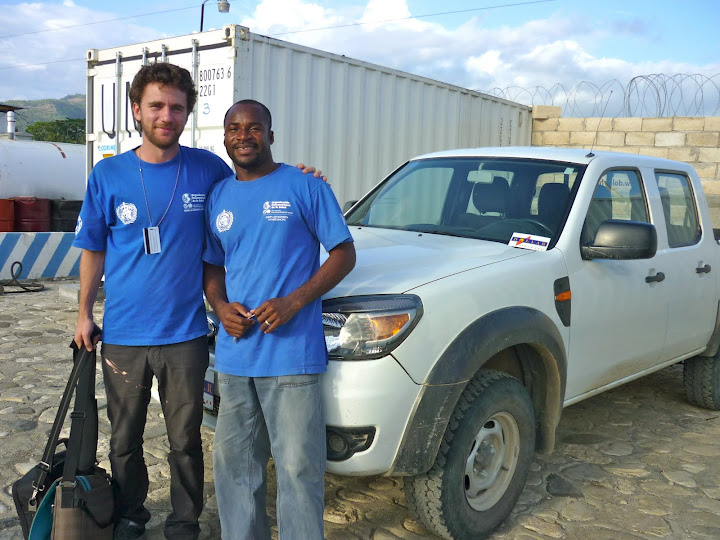 The Canadian and Eli, our chauffeur, at the base. 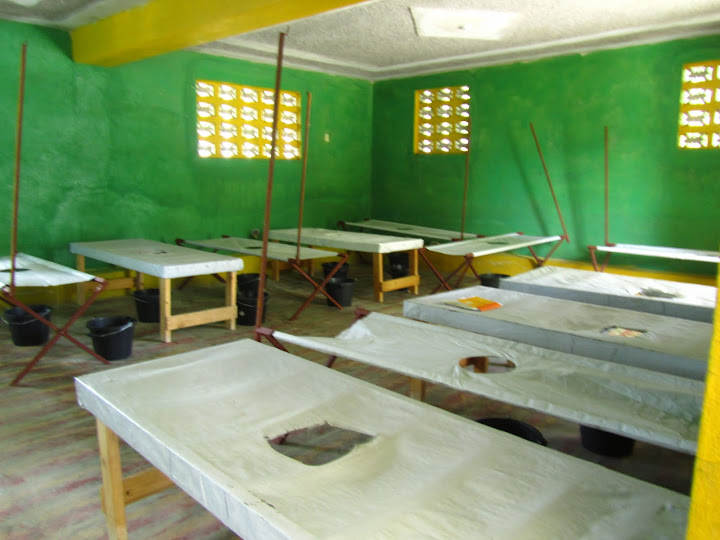 Setting up a cholera treatment unit with A LOT of help from MSF (PS- Thank you SO much). 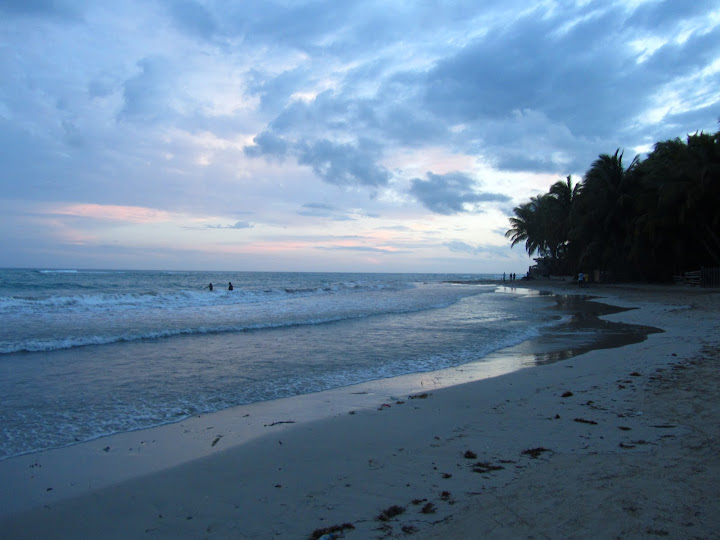 Where I often spend my weekends. Try not to be too jealous. 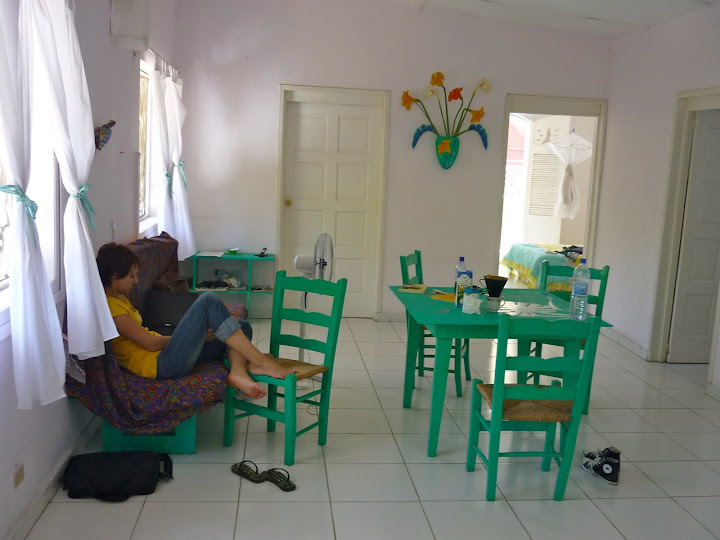 Relaxing during the last days of our old apartment 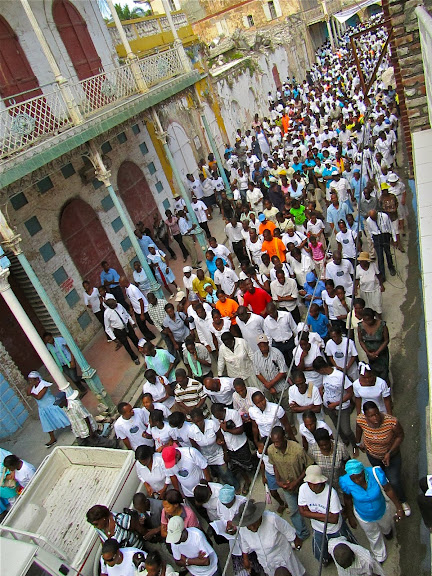 I know it's a bit belated, but this is what Easter Sunday looked like from my balcony. It was madness. 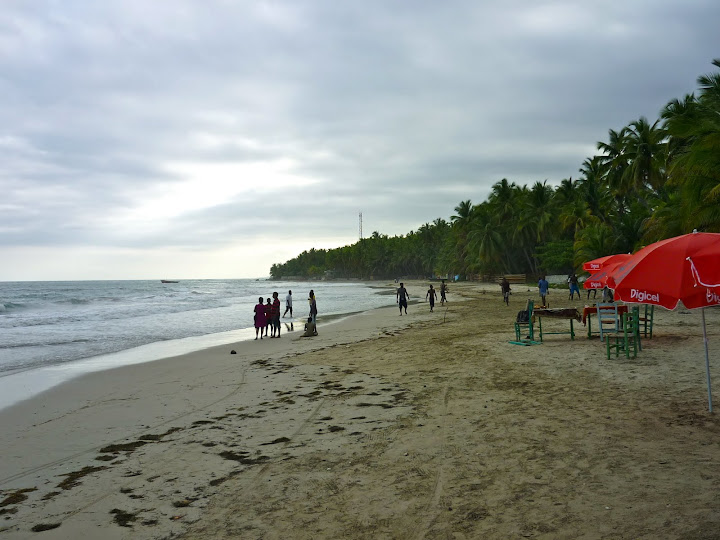 More of the beach. During worry, I would hate me a little bit too. 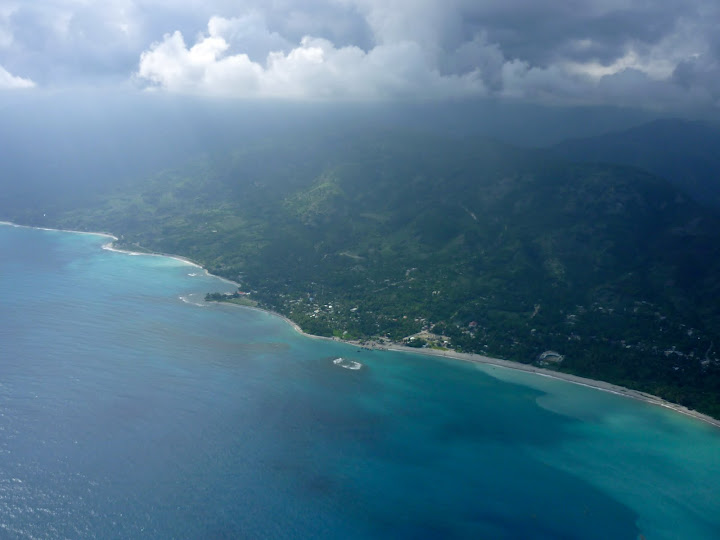 We live somewhere down there. It's a very hard life. 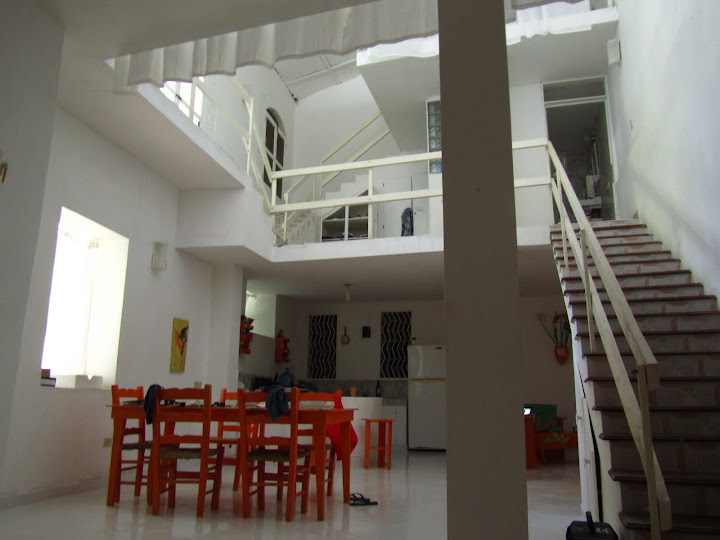 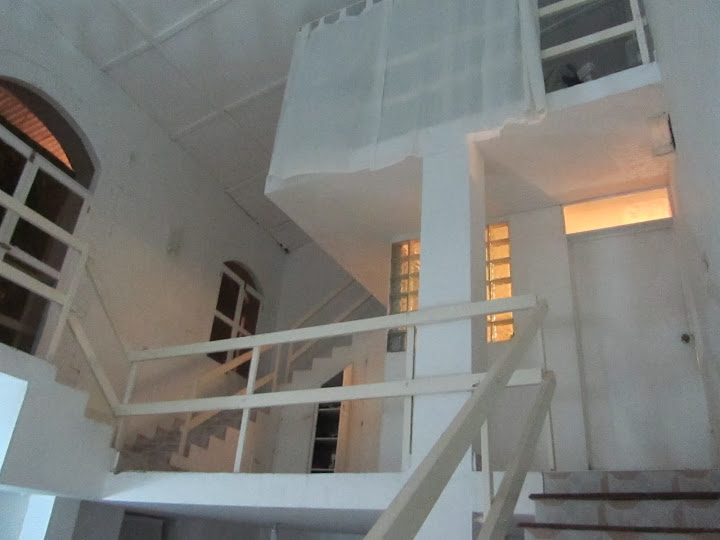 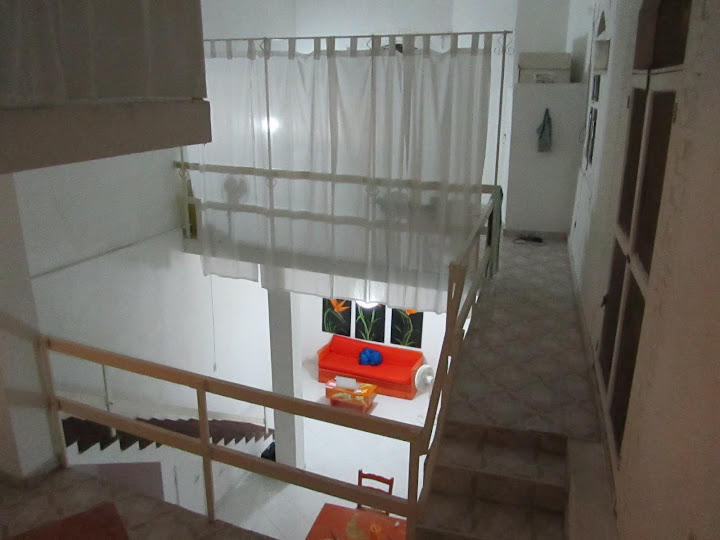 I live on that level. I love my room. It contains a real bed and no maggots. It's pretty much the most amazing thing ever. 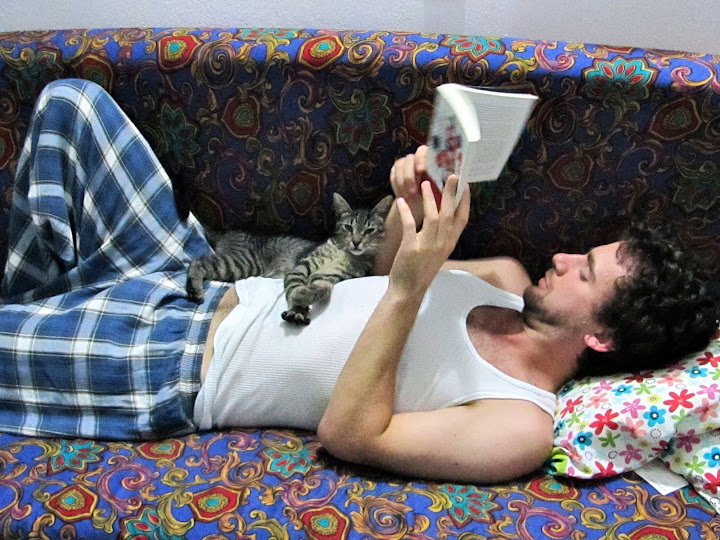 Jac Jac the cat making himself very much at home. As usual. 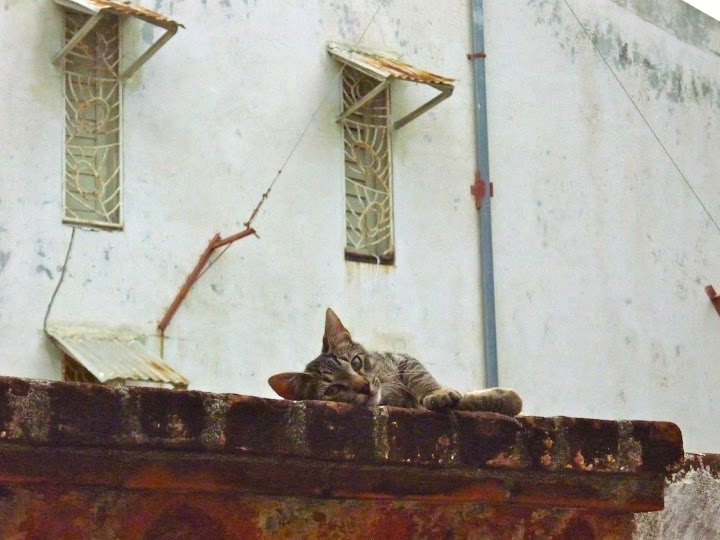 This is the 'why does nobody give me any love' face. Do not be fooled.

I’ve also been learning a lot, including how to get the foods I love and miss into my little world here (there is rarely a lack, for example, of cream cheese, wine, or gummies in our house), how to tolerate being a tourist attraction (i.e. I have a lot of tattoos. Most Haitians do not have a lot of tattoos), how to pretend to coordinate a cluster meeting in pretend French (I’m getting much better at that these days. Thankfully.), how to feel cold in any kind of temperature below 30 degrees, how to sit without twitching/doing much of anything for many many hours (sigh) each week during drives to various sites (well, I’ve mostly/sorta/slightly mastered this one), how to eat massive amounts of fried food, how it is just a new fashion statement that all my jeans, shoes, and even some shirts are are covered in bleach spots due to the amount of time I spend going in and out of cholera treatment clinics, and how to sleep past 6 am (sometimes).

Despite the fact that I love the sunshine, the sea, the people, and generally my job here, I can’t wait for my overdue holiday in two weeks time. Oh Brazil, how I have missed you!

PS- I have shamelessly stolen a few of these photos from friends, edited them, and posted them. In case you were wondering.

Life in Haiti: quick little catch ups… With photos. »
« My life in Haiti: Wherein I spend a night sleeping with maggots.