HAITI: a journey to the top of the world, beyond, and back again.

And now I ache. Every single part of my body just hurts, and I don’t imagine I will ever voluntarily want to move again. 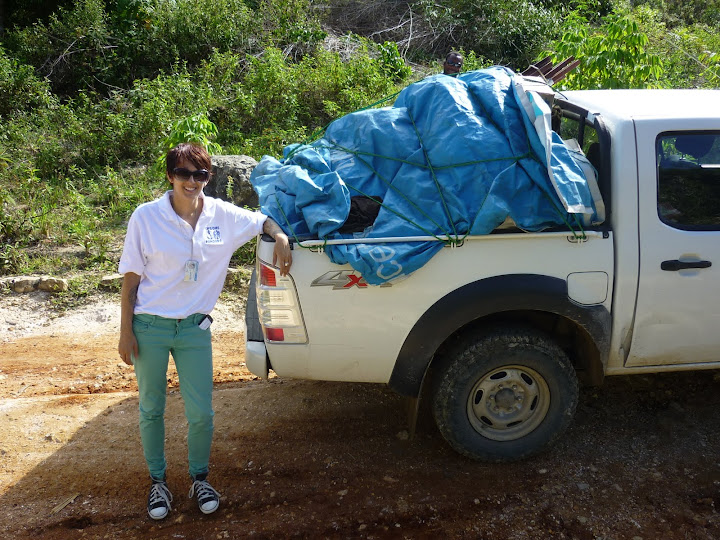 Taking a break on the side of the mountain.

You know, I had dreams when I was a kid that I would be doing work like this. I mean, of course all I knew about the WHO was from what I’d seen in films, and the work looked exciting, and fun, and full of adventure, which of course fulfilled all my basic requirements for the perfect job/life. I thought I’d be a medical doctor (which I’m not, but have a health background nonetheless), and when disasters struck, I’d rush off to help, bringing lifesaving medications and supplies. 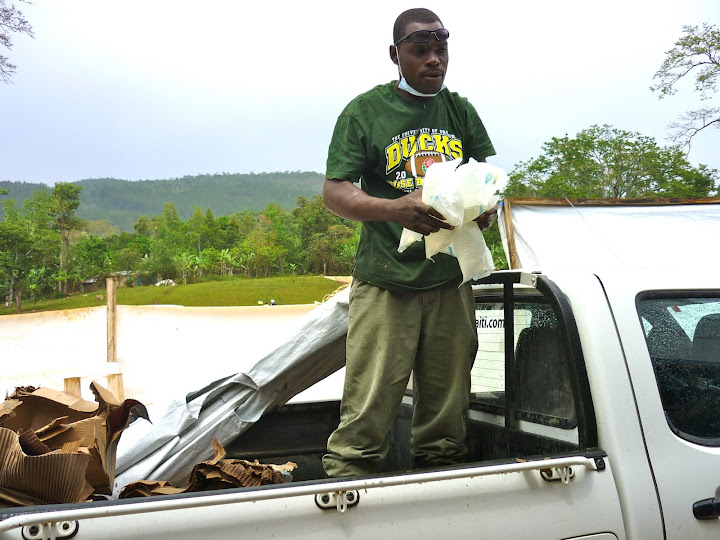 Helping us unload one of the trucks. I had to include this photo due to the shirt this guy was wearing. I also saw a Myrtle beach shirt and an AYSO shirt for all of you Oregonians... Additionally, I should note that it was sunny for the entire drive, UNTIL 30 seconds before we arrived with materials. Then, there proceeded to be a downpour through most of the unloading process. Typical. Sigh. 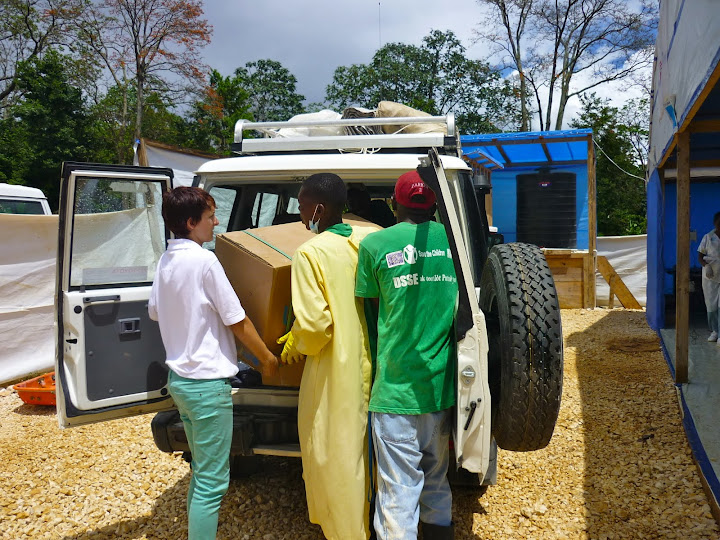 And to some degree, I guess we do that. Although the reality is far less dramatic and exciting, I do get to respond to crisis situations, and I do climb into a vehicle with the rest of the team and bring what aid that we can. This is most notably demonstrated, for instance, by the simple fact that this week I have spent far more hours in a car than I have in a bed sleeping. 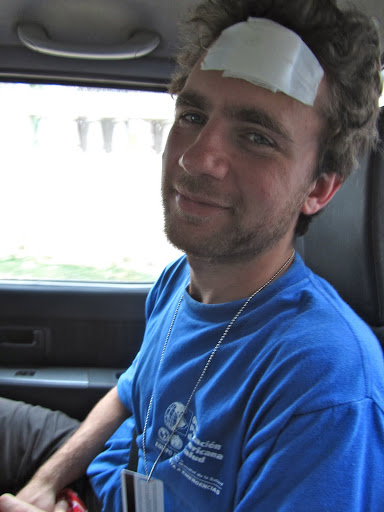 The wounds of battle: one Canadians fight with a cholera bed.

Yesterday was no exception. While the landscape was absolutely gorgeous and I spent most of the trip imagining the photos I could be taking (which was sadly mostly impossible due to the following statements, and the fact that it was so incredibly dusty on the road), or the things I could be writing and/or reading, we spent upwards of 14 hours driving yesterday, on the worst roads that I have ever been on in my life.

At one point, somewhere on the long, dark road home, we just couldn’t stop giggling between getting thrown into the air or knocking our heads against windows/ceilings, as it was either that, or start crying. I’m pretty sure that all my internal organs are bruised/ruptured (despite the fact that I found that the best use for one of those airplane neck pillows on a road trip in Haiti is to use it as a tummy buffer between your tummy (obviously) and the evil, evil seat belt that seems to be simultaneously interested in choking you, suffocating you, and forcing your stomach contents through your lungs. 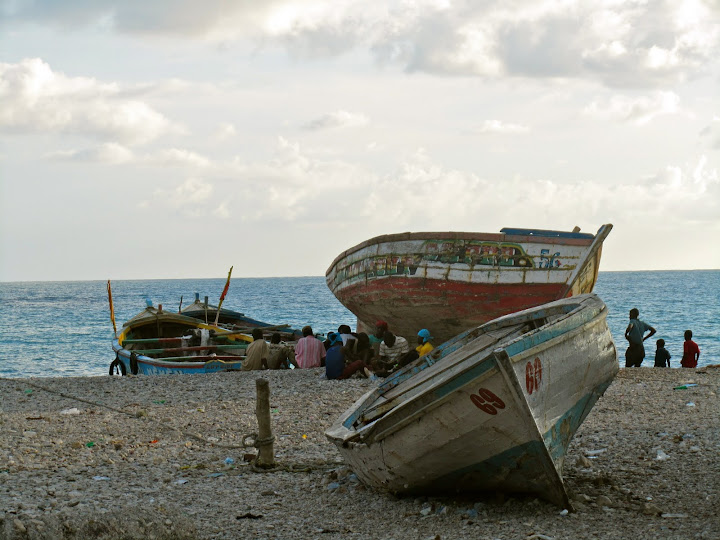 We took a break in one seaside town. Its one of the nicest little villages Ive seen thus far. 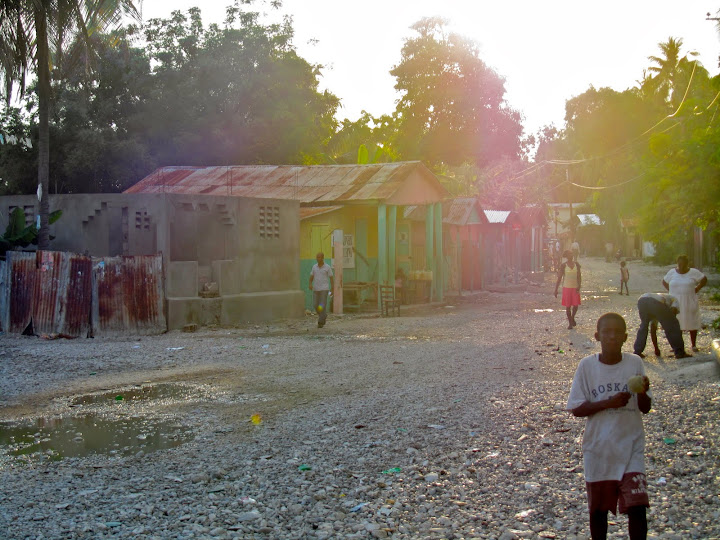 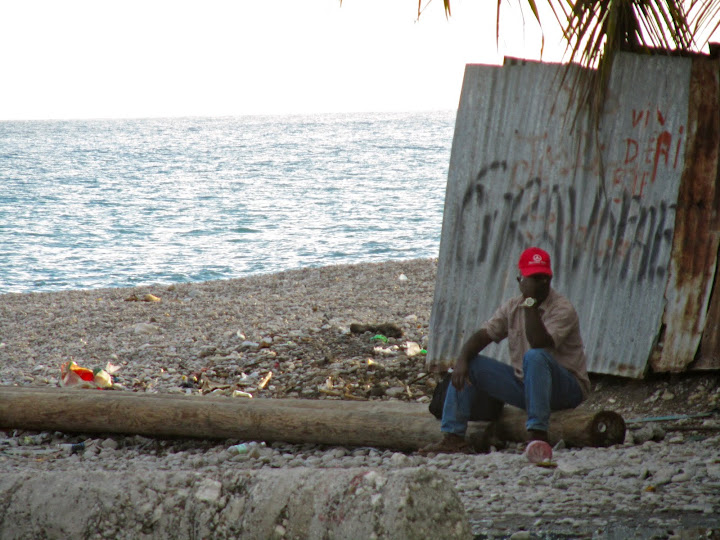 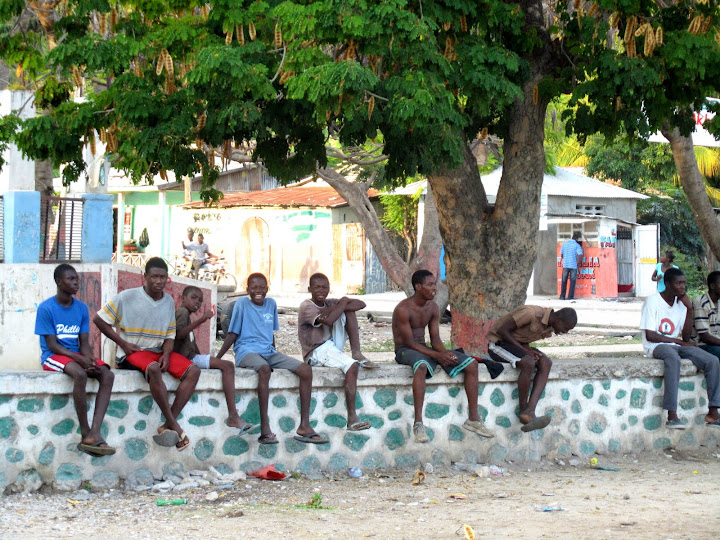 Not that yesterday was all complaints, mind you. We were able to respond to a crisis quickly, assess the situation, and identify some other needs and gaps. It’s just been a long week, full of a number of such trips, and sometimes its interesting to realise that you have achieved, at least for the moment, a childhood fantasy, even if the reality is nothing at all like you imagined it would be.

I’m just very, very excited to spend some time in my bed, as unconscious as possible, and as soon as possible. Fact.