The Switzerland of the Congo 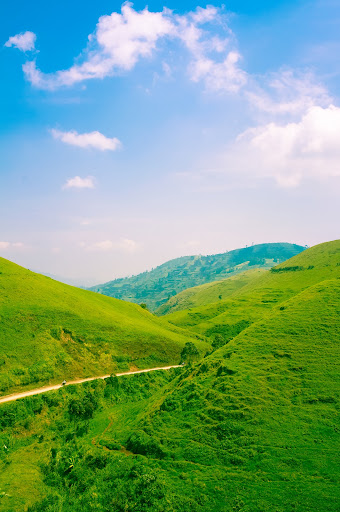 I have been here a day-ish, and my life has already radically changed. Leaving Goma behind, myself and a group of new colleagues made the not too long trek this morning to what will become my new home. The roads weren’t that rough, surprisingly, and the drive was beautiful. Green hillsides abounded, along with a grand assortment of animals and clear skies. My new friends told me about the villages, parks , and other things of interest as we passed, and I tried to keep up with the new accent and unfamiliar voices in a full car.

While en route, however, it wasn’t completely carefree. Displaced people trickled by at a steady pace throughout the journey, and I got to see my first child soldiers. Disconcertingly, they (the small group of whom looked about 10-12 years old maximum) passed us walking on one side of the road, while a similarly aged group walked in parallel on the other- dressed in school uniforms. It was definitely a sobering moment.

I haven’t seen much of Masisi yet, although I understand there isn’t actually much to see. The town is built on the mountainside, which is picturesque, and there is (I hear) a monastery nearby, which will shortly be providing me all my cheese needs. Our office is nice, and our accommodations would probably be called ‘rustic’ by many people’s standards. I’m fairly confident it’ll be fine, if a little isolating (I’ll live with only one other person). Unfortunately, however, the 7pm curfew and lack of possible things to do may kill my spirit a little. Although to be honest, initially the ‘trying to figure out what the hell is going on’ workload, plus the ENTIRELY francophone environment will probably keep me too tired to care much. Eventually though, I’m sure I’ll be happy that I’m going to be travelling around quite a bit.

Anyway, here’s a couple quick photos from the road today, to make up for the last post’s unfortunate lack.

Just hanging out in the Switzerland of the Congo

Two weeks in the Congo, and I’ve already tasted Weasel. »
« The resurrection of the blog- Destination Congo

3 thoughts on “The Switzerland of the Congo”